I was stoked to discover that there is one cinematic adaptation of a Hal Ellson novel. Largely forgotten today, Ellson was the premier juvenile delinquency fiction writer of the 40s and 50s. This loose adaptation of Ellson’s Tomboy from legendary classic French filmmaker Marcel Carne certainly captures the spirit of Ellson’s fiction despite transporting the story from NYC to a decaying postwar French inner city. The title of “Wasteland” is appropriate in many manners, not the least of which is the cityscape the teens wander feels abandoned and desolate due to the lower income occupancies. Carne adapts the story of a teen girl leader of a predominantly boy gang with his traditionalist poetic realism style. Given the previous year saw the release of The 400 Blows, this more classical approach must have seemed out of touch with the concurrent French New Wave. Seen today, Carne’s steadfast holding onto the poetic realism aesthetic makes the work even more distinctive and anomalous (even if there is a noticeable element of Kitchen Sink Realism, showing he was not immune to the current filmmaking trends). The film concludes with a heartbreaking tragedy, making this a more convincing and grounded tale of juvenile delinquency than anything produced in the States around the time. Carne’s Wasteland is difficult to find but well worth the effort.

One of the charges levelled against the high priests of traditional French cinema of the 1950s by the self-appointed judges, juries and executioners on the review paper Les Cahiers du cinéma was that their films had become out-dated, having diminishing relevance to the real world. There is some irony in the fact that at just the time when these same critics were beginning to make their own films, mostly set in the somewhat false world of the bourgeoisie, these "out-dated" filmmakers had started to tackle what we would now call social realist subjects, and doing a pretty good job of it.

The most pressing social issue in France in the late 1950s was the problem of juvenile delinquency. Stemming from scarcity of housing and secure, well-paid employment, the situation was exacerbated by the beginnings of the breakdown of the nuclear family in the years following the Second World War. It was not a uniquely French problem – the same phenomena existed throughout many countries in the West, including Britain and the United States. An active interest in this matter by many socially conscious filmmakers led to the emergence of a new kind of cinema, social realism, known pejoratively as kitchen sink films.

The best known film of the period to tackle the issue of juvenile delinquency was Nicholas Ray’s Rebel Without a Cause (1955), the film that made its lead actor, James Dean, a cultural icon for his generation. The nearest equivalent film in France, in terms of style and impact, was François Truffaut’s Les 400 coups (1959). Truffaut was one of those Rottweiler critics on the Cahiers du cinéma who would become one of the leading figures of the French New Wave in the 1960s. Several of the filmmakers he and his colleagues had labelled as "out of touch" also made films about France’s youth problems and showed as much empathy with and concern over the issue as their Nouvelle Vague rivals. These included: Jean Delannoy, with Chiens perdus sans collier (1955), Julien Duvivier with Boulevard (1960) (which featured the star of Truffaut’s film, a young Jean-Pierre Léaud) and Marcel Carné, with Les Tricheurs (1958) and Terrain vague (1960). Of these, Terrain vague alone rivals the impact and charm of Les 400 coups and should be regarded as one of Carné’s most inspired films.

Partly as a result of the near-psychotic hammering that Carné had received from opinionated critics of the same mindset as Truffaut in the mid-1950s, Terrain vague received very mixed reviews when it was first released. Admittedly, the film has its flaws – the plot is a tad contrived and has a tendency to slip into melodrama every so often – but, in its favour, it is a pretty accurate representation of how things were at the time, and has something of the uncompromising starkness seen in contemporary Italian neo-realist films – notably Pasolini’s Accattone (1961).

Marcel Carné’s direction and Claude Renoir’s cinematography are anything but démodé and soundly evoke the rough, precarious world in which the unloved, alienated protagonists live. Working with so many inexperienced actors is always a gamble, but Carné gets the best out of his young cast, and the result is a film that is thought-provoking, poignant and, at times, shocking (with its hints of incest and teenage rape). The film’s two principal setting – the blocks of cheap apartments with their interminable staircases and the ruins of an old factory – provide apt metaphors for the world in which the socially excluded youngsters live and their far from appealing future: an ordered life of soulless drudgery or a freer life of squalor, crime and deprivation.

Both Marcel Carnés Terrain vague and François Truffaut’s Les 400 coups remain surprisingly relevant to this date. The problem of juvenile delinquency has not gone away and, if anything, only appears to show signs of increasing as the traditional family unit rapidly becomes a thing of the past. Both films are worth watching, but it is Terrain vague which more accurately encapsulates the situation and is more likely to prompt the spectator into doing something to help tackle what is becoming one of the biggest issues of our time. 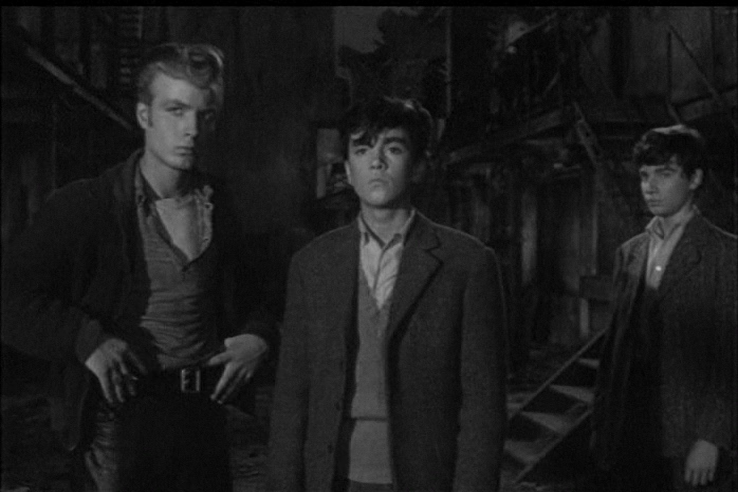 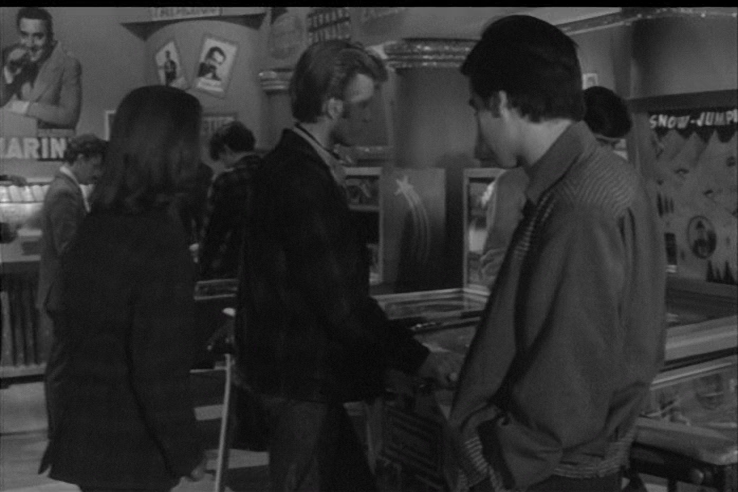 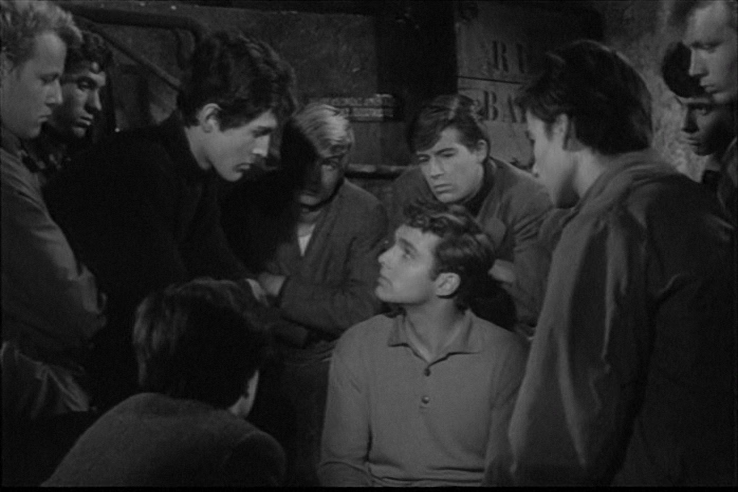 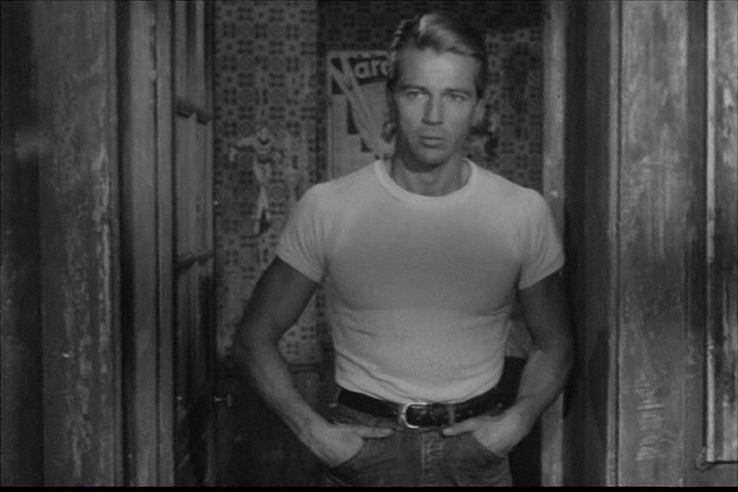 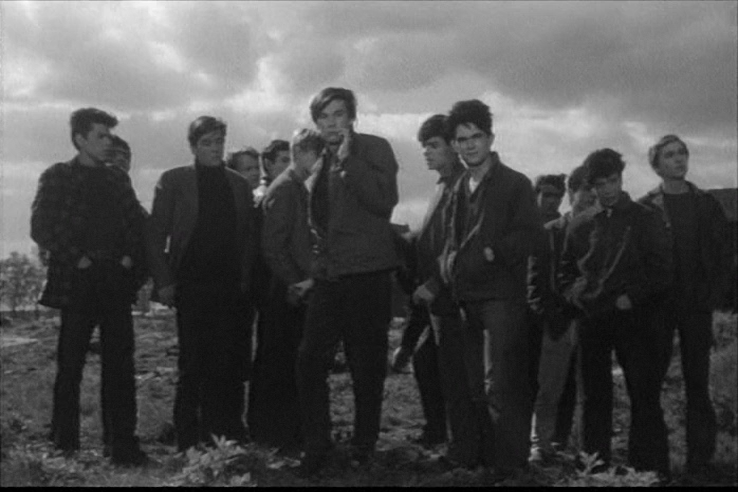